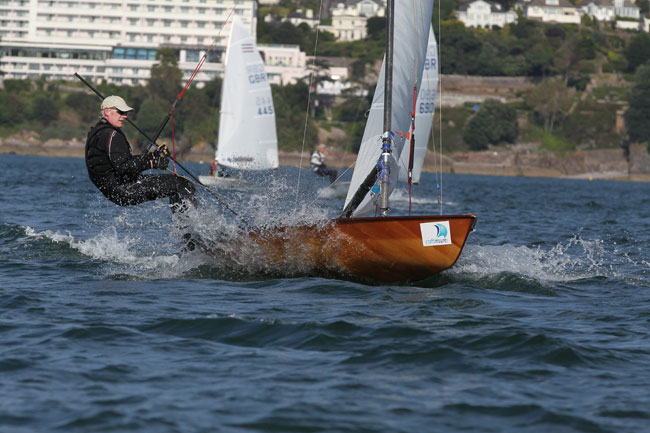 The fast handicap fleet covers all dinghies outside of asymmetrics and multi hulls with a handicap (PY) lower than 1039.

This covers a wide range of classes, and at RSC is predominantly supported by the Contender class a fast single handed trapeze dinghy, with five currently at the club.

In addition the fleet includes a variety of other craft including RS600, Fireball, Blaze, Supernova, Osprey, Lark, and Phantom, a diverse range of single and two hander, trapeze and non-trapeze, and one, two and three sail dinghies.

In 2012 Sheridan Brown once again proved to be the most consistent, picking up the majority of the series wins in his Contender. However, the Frostbite went to Mark Basham, also sailing a Contender. Guy Beckett (Contender), John Bailey (Supernova), Chris White (RS600) and Sean Whitehead (Contender) also enjoyed success at different stages of the season.

The fast handicap fleet had a slow start to the 2012 season with a number of the sailors unable to sail frequently due to family/work commitments. Dave Shere consistently raced on Spring and Summer Wednesdays, and Sean Whitehead on Spring and Summer Sundays. By the Frostbite series a core of five boats were regularly at the start line each Sunday. During the Frostbite Chris White impressed on-board his RS600, showing commitment and tenacity during testing breezy conditions. The two Contenders, of Sheridan Brown and Mark Basham, enjoyed close competitive racing, with Sheridan’s skill outweighing Mark’s raw speed in the majority of races. John Bailey in his Supernova kept the rest of the fleet on their toes, ready to take advantage of any slip ups by the faster boats.